Each year, AIR teams up with industry leaders to identify and cultivate a diverse roster of early-career talent to help programs, stations and networks connect with more ears, homes and corners.

This year, New Voices will take shape digitally to best support the needs of our scholars throughout the U.S. due to the ongoing impact of COVID-19. New Voices Captain Elena Rivera and AIR’s New Voices Program Coordinator Casper will spearhead the 5-month program from August to December 2021. New Voices will bring together a cohort of emerging media makers to build, reflect and engage in critical dialogue on their creative journeys.

(Re)defining Our Why: Collectively Envisioning the Future of Audio

At AIR, and within audio at large, we face a moment that calls on us to reimagine whose voices are heard, welcomed and valued in our industry. We also have the opportunity to reflect on what drew us to audio in the first place and to redefine, unapologetically and on our terms, the role we want to play in its future. To fully meet this moment, we invite your voice. The time to prioritize underrepresented narratives and talent is long overdue. We envision a future where each of us—particularly those whose lived experiences were challenged by structural inequity long before 2020—has the resources, support and access to opportunity needed to stay the course of our respective creative paths.

Our theme for this year is “(Re)defining Our Why: Collectively Envisioning the Future of Audio.”
Through online discussions, interactive roundtables, activities and workshops led by New Voices alums, AIRsters and distinguished industry speakers, scholars will better understand their role as mission-driven storytellers and emerge with a clearer picture of how they can bring their values to catalyze change within the industry.

Who is eligible to apply?

All producers and program makers who self-identify as part of an underrepresented group(s) are eligible to apply. The focus of the program is radio/audio, but we welcome applicants from the full range of disciplines and practices. All ages are welcome, but any applicant younger than 18 will need an adult sponsor to sign off on his or her application and handle funds.

What do you mean by “underrepresented voices”?

We want to work with people who represent groups that are not typically represented in the public media ecosystem. This could be based on a candidate’s race, gender, and class background and/or vision. The committee who reads the New Voices applications is mindful to select candidates with different abilities and who come from underrepresented communities and geographic locations. Their goal is to find candidates who will bring an inclusive and dynamic mix to the Fellows cohort, New Voices alumni network, and to the industry in general.

How much experience are applicants expected to have?

New Voices is intended for early-career applicants and we will be especially interested in producers pushing boundaries in audio and multimedia storytelling and those who are relatively new to working in public media.

What is the total value of the scholarship?

Is there anything I need to do if I am awarded a scholarship?

Yes. AIR requires you to attend monthly virtual programming. Details are to be determined, and subject to change. At the end of the program, you will be required to submit an evaluation along with a brief (750‑ to 1,000-word) report about your experiences and your vision for the future of audio, and the ways in which you can help shape the industry.
If you are chosen for a scholarship, you will be given specific instructions about what to include in the report at that time.

If I am awarded a scholarship, when will I receive my funds?

What can I expect from the New Voices experience?

The New Voices alumni share what they learned and observed in available reports throughout the years. More importantly, you join an incredible network of program alumni who represent all levels and careers in the audio industry. It is your key to career mentorship, collaboration and inspiration.
Meet the 2021 New Voices Captain!

Elena Rivera will be returning as our 2021 New Voices Captain. Elena comes to us as a reporter for 91.5 KRCC in Colorado Springs, Colorado. Previously, she worked for Blue Ridge Public Radio in Asheville, North Carolina; Georgia Public Broadcasting in Atlanta, Georgia; and KBIA in Columbia, Missouri. She has won awards from the Missouri Broadcast Association, Kansas City Press Club and the Society of Professional Journalists (Region 7) for her work as a morning newscast host, an arts reporter and a podcast producer. She was an AIR New Voices fellow in 2017. Elena is originally from Rochester, New York, and graduated with a master's in journalism from the University of Missouri-Columbia.
Write your awesome label here. 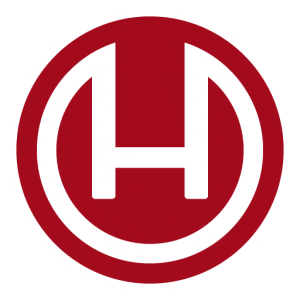