What makes for a good pitch to get your story on The Pulse? Host and Executive Producer Maiken Scott and Senior Editor Lindsay Lazarski will discuss what kinds of stories The Pulse features and explore different strategies to write a solid pitch - strategies that will hold true for pitching other shows, too!

This webinar is free for AIR members. Please log in to SoundPath to RSVP and receive email reminders about the webinar.
Write your awesome label here. 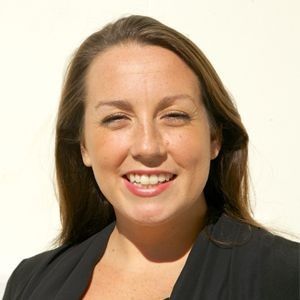 The Pulse typically accepts two freelance pitches a month. Sometimes, we look for specific pitches for a show or theme we’re already working on. Other times, we accept long-form stories that we build a show and theme around. A recent example of this was our show on ICU care, which started with a pitch from a freelancer on the history of ICU care.
We usually look for stories that are unique and have not been covered much by other health and science outlets. We will discuss what makes for a good pitch - and also cover the ingredients we look for in a longer-form story.

Who is this webinar for?

Reporters who want to pitch The Pulse specifically, or anybody who wants to learn more about pitching.

Maiken Scott is the host and executive producer of WHYY’s The Pulse - a national health and science radio show and podcast that explores the people and places at the heart of health and science. Maiken has spent most of her 25-year career at WHYY. She started there as an associate producer, then produced three different weekly shows for several years. From there, she switched into WHYY's newsroom as the station's mental health reporter. When The Pulse started in 2013, she became the host and later the executive producer and host. Maiken now manages a team of seven reporters and producers.
Write your awesome label here.
Meet the PRESENTER

Lindsay Lazarski is a senior editor and producer of The Pulse. Before joining the health and science team she created and co-produced WHYY’s Cosby Unraveled podcast. For several years, Lindsay reported on Pennsylvania’s distressed cities, often traversing the state — from former steel towns to coal country — giving voice to people living and working in overlooked communities for the Keystone Crossroads project. Before entering journalism, Lindsay was public school teacher in the South Bronx.
Write your awesome label here.